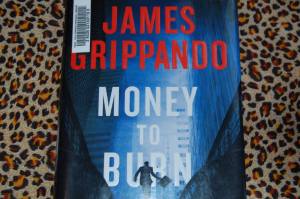 When successful Wall Street banker Michael Cantella turns thirty-five years old, he is on top of the World. Celebrating at a deluxe birthday bash thrown by his beautiful wife at a five-star hotel overlooking Central Park, Michael feels pretty darn lucky. Unfortunately, someone is making sure that his luck is about to change.

The first inkling that all is not right in Paradise comes when he accesses his investment portfolio on line and discovers the money is all gone. Checking every other account, he finds the same shocking news: zero balance. He has been wiped out financially. The next clue is an odd email that reads: Just as planned. Xo xo.

That plan seems to involve more than Michael’s mere financial ruin; with each passing day, the stakes are raised, and the pressure is ratcheted up as his career, reputation, marriage and even the venerable Investment Bank he works for are threatened. Cantella has undercover FBI agents hovering, spyware tracking him and weird messages arriving. Details indicate links to his first wife who disappeared four years previously…could it be Ivy at the bottom of all this, back from the dead?

This book is an entertaining, rollicking roller-coaster ride that will wind you right up. James Grippando, New York Times Bestselling Author of Intent to Kill and 15 other novels, captures the cockiness, resourcefulness, vulnerability and ultimately, the survival instincts, of a man put to such an extreme test. I recommend this book to those who love suspense novels such as The Firm.

The Wrong Man by David Ellis

OK, it’s corny to say this, but The Wrong Man was definitely written by the RIGHT man:  I loved this book.  David Ellis has written eight thrillers, several with James Patterson, and his first novel, Line of Vision, won the Edgar Allan Poe Award for Best First Novel by an American Author.  The third in his ‘Jason Kolarich’ series, The Wrong Man is a fast-paced, twisty-turny novel full of action and suspense.

Criminal defense attorney Jason Kolarich accepts the case of an Iraq War veteran, now homeless and suffering from Post Traumatic Stress Disorder, who is charged with the murder of a young paralegal.  While preparing an insanity defense, however, Kolarich discovers that the paralegal was killed as part of a cover up—and his client is actually innocent.

As Jason Kolarich works to exonerate his client, he runs afoul of a Mob assassin aliased “Gin Rummy”; the Mob itself; and a conglomerate of corporate conspirators who have put an explosive plan into motion.  They are not about to let one lawyer and his team get in their way. Of course, Jason Kolarich is not your average lawyer.

If you enjoy a good thriller, I recommend that you read this book. Ellis’ work is similar to John Grisham, but different enough to command respect in its own right. I will be reading his other books A. S. A. P. 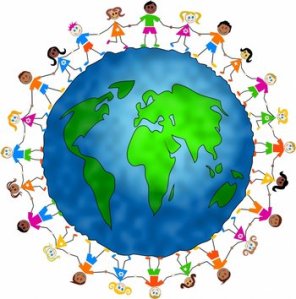 I really am starting to like facebook, twitter, et al.  Well, I liked them before, but now I LIKE-like them.  In fact, if there were a “love” button for those apps, I would probably click on that.

I had written a (previously posted here) book review on ‘Call Me Princess’ by Sara Blædel, and I decided to send her information on it.  Remember that she is DENMARK’s “Queen of Crime”—and I reside in Alberta.  Canada.  On the opposite side of the Earth from where she holds Court.

I searched facebook, and hadn’t finished typing ‘Blædel’ when her profile popped up.  I “liked” her page, sent the link to my blog, and thought, “Well, that’s that.”

But that was NOT that; she responded to me (see below)!  And she did so kindly, graciously, and personably.  Thank you so much, Ms. Blædel.  Making that connection absolutely made my day.

Hi R.D Girvan! Oh, what a fab review! Thank you SO much. I am so very, very happy you liked my book. And so grateful for your words. Big thanks Sara